FLINT, Michigan—The Creative Hair School of Cosmetology lives by a creed, a creed that’s guided the school and its founding Carouthers family through the journey of cosmetology, family, and sacrifice.

“Today I embrace this journey. This is my season. This is my time. I tune my mind, channel my heart, and let it flow through my hands as they dance to create. The world is my canvas, and this my time,” is the memorized creed that staff and students say together before starting their day at the Creative Hair School of Cosmetology.

At the Creative Hair School of Cosmetology, students enroll in one of four distinct programs: cosmetology, esthetician, 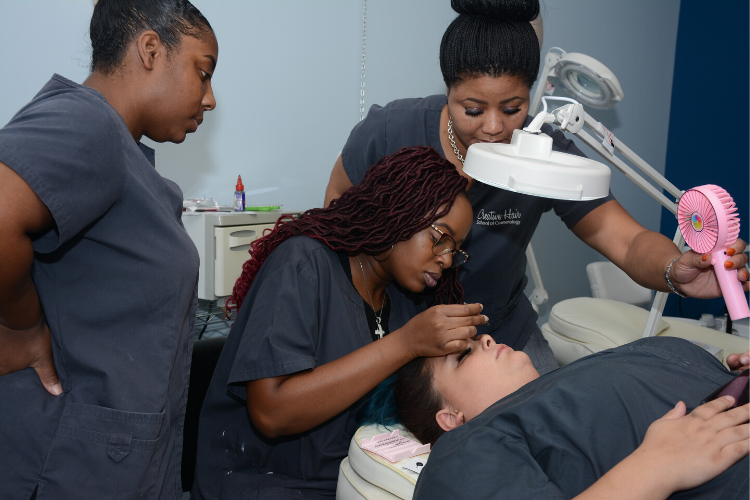 Students can enroll in one of four distinct programs:cosmetology, esthetician, manicuring and natural hair care, and participate in a health and fitness component. manicuring, natural hair care, and an optional health and fitness component. Here, students learn how to help someone look their best, but they also are part of a growing legacy of persistence.

“So many [students] come from traumatizing situations and have their guard up like somebody’s trying to get them. So every chance we get, we’re always saying, ‘Hey, it’s okay. This is what we do. We’re a family here,’ ” said Quintin Carouthers, co-owner and financial aid director.

The Creative Hair School of Cosmetology was born in October of 1999 as a Black-owned and operated family business. Before relocating to Miller Road in 2018, it first opened in the plaza on Clio Road, where it stayed for 19 years as a local cosmetology beacon. It is only one of two licensed cosmetology schools in the state of Michigan that offers a license in natural hair care.

Founder Corinthian Carouthers, affectionately known as Ms. Coco, came from working 10 years at Hurley Medical Center where she became the talk of her department due to her impeccable sense of style and beauty.

“I used to love the compliments,” she laughs with legs crossed and hair, makeup and nails perfected. “At the time my husband said, ‘You giving these people all this money. Why don’t you go to beauty school?’”

Persuaded by the prospect of saving money on something she enjoyed, Corinthian enrolled in Hair Force Academy in Flint Township from 1996 to 1997, soon realizing that her skills could manifest larger ambitions.

“I watched everything the [beauty school] owner did. I realized that instead of being a beautician that just does hair, I want to be bigger than that. I want to open up a school.” She graduated and went back to receive her cosmetology instructor’s license. It was then that her cosmetology school was born.

And as the business grew, Corinthian realized that she needed some assistance, and enlisted the help of her two children. Her daughter, Corinthian Carouthers II, bypassed a four-year track scholarship to Tennessee State University to join her mother’s business in 2001. Twelve years later, brother Quintin joined her in learning the business inside and out, through the good and the bad.

For years the school went without funding, lost its accreditation with the state, struggled with compliance and financial aid requirements, State of Michigan anonymous complaints, and was on the brink of closing. At one point Corinthian and her children were living together in a small one-bedroom apartment funding the school out of their own pockets. Lights were at risk of being turned off, money was scarce, and family bonds were tested.

“Students were paying out of pocket or we’d say come for free and give scholarships to pay for books and kits. Our vision and goal was bigger than our situation,” said Corinthian. 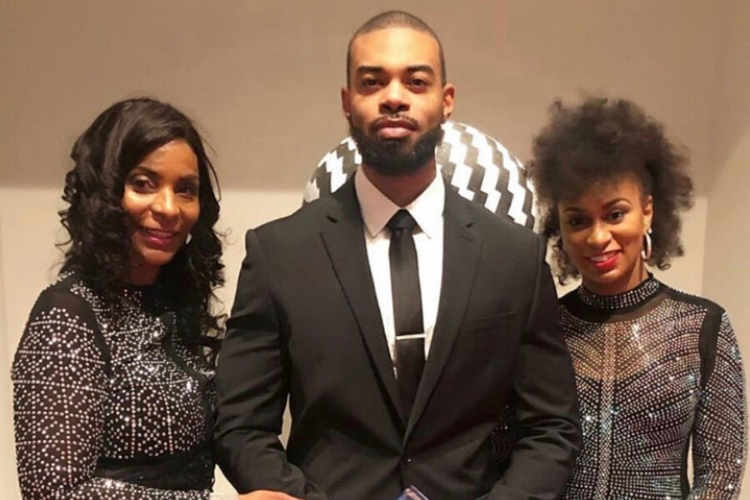 Since its inception, Creative Hair School has given out more than $300,000 in scholarships to its hundreds of graduated and currently enrolled students from all over the country. In addition, the school gives back to the community through initiatives such as the Free Care For Your Hair which launched in 2016 as a response to the Flint Water Crisis.

The program runs twice a year, once in August for Flint Community School students ages 7 through 17, and again in November for adults. It provides free hair care services at the school to encourage proper hair maintenance.

With two decades under the school’s belt, changes in leadership, and family struggles, many can attest that the Carouthers family understands what it means to have a vision worth fighting for.

In January, Corinthian is scheduled to release a book titled The Beauty School Journey meant to chronicle her journey through cosmetology. The following month Corinthian will host an event called the Michigan Black Business Manner on Feb. 23, acknowledging longtime business owners in Flint with a give-away $1,000 to up-and-coming selected businesses.

“To be a Black-owned business here in Flint for 20 years, it’s amazing to know we serve and touch so many people,” said Corinthian. “I wouldn’t give up anything to [be able] to sit in this chair. It was hard, but I would do it again.”

The Creative Hair School of Cosmetology is located at 4205 Miller Road. For more information on enrollment and services, or to set up an appointment, visit their website or call them today.